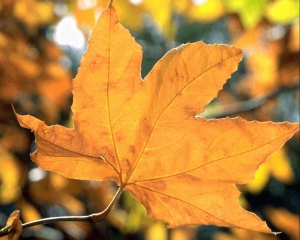 Dustin Calkins of Tacoma, WA, is the grand prize winner of the January–June 2015 poetry contest. His poem, “Contestant Downer Boy,” struck the judges as something written by an older, wiser poet, but Calkins is a teenager! His poem showcases chilling imagery, lyrical alliteration and consistent punctuation and capitalization.

A couple of images stand out prominently. Calkins explains, “candy-coated” deodorant “creates a film of moldy blue.” The juxtaposition of sweet with spoiled leaves readers puzzled and intrigued. The entire fifth stanza is a model of alliteration, especially: “whisper sweet songs… to an estranged child of winter gods.”

Calkins weaves an ethereal story of complexity in family dynamics with the emotional struggle of adolescence. In the first and third stanzas, we are shown a father figure “that never hurt you” yet his “appreciation leaves when he is sober.” In the fifth stanza, the narrator gives us his idea of a caring mother. In the next, he insists, “Hate that mother of yours.” We can infer the narrator’s real mother is not loving. The emphasis on maternal love is underlined by “don’t nurture fear any longer.” At first the poem may seem simply sad, but in the final stanza the narrator poignantly asserts the “estranged child” is empowered: “baby, this is your life now.”

Eber & Wein Publishing would like to congratulate the twenty second place and one hundred third place winners for their talent. It was a challenging contest to judge; thank you to all contest hopefuls for submitting entries. The list of 121 finalists is available online at www.eberandwein.com.

Category: Member Recognition
This entry was posted on Friday, November 20th, 2015 at 12:00 am. Both comments and pings are currently closed.