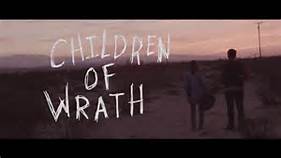 Meals comprised of one per day in this house

Foolishly in love and eloped to marry young

with the birth of each child, the colder the house grew

as the resources dwindled , cursing the children for having been born

To raise above the miasma of this life

family ties presented the means to an end

What were meager servings of love, care and affection

was to be received with an obedient heart

wrapped in a mendacious show of parenthood

Remove her from my sight, she appalls me

Grandfather was having breakfast that morning

We shall take care of my daughter he ruled

but the man she chose and children she bore

will never be part of my quarters

Being incessantly ostracized and marginalized

the bonds of family grew, amongst us the chain of command

would be the eldest two, but they were too weak to demand

being raised in a world that only consisted of fear,

four walls and one meal made this an arduous task

I was ambivalent of taking charge at four

but sure, when the orders came down to not wear shoes to school;

for the rain will damage the only pair I will ever own,

I took charge with a plan to hide the shoes in our bags, unbeknownst

One meal per day will not suffice

they were hungry still, as the older ones needed more

at night when the doors were locked and the house slept

we crept out to his farm to score

I knew where the bananas were hidden to ripen

I knew where the grapes hung

We devoured the sour grapes with wrath

we would argue if caught that this was not thievery

as it was our Grandfather’s farm

If this damn man acknowledged us, this would be in part, true.

We overcame many challenges, even in sickness

we recovered faster than most

I will not wish it on any foe

In order to survive the vicissitudes of life

which is challenging at best and beyond anyone’s control;

be humble and know this, for you will surely survive!