Could this be heaven? 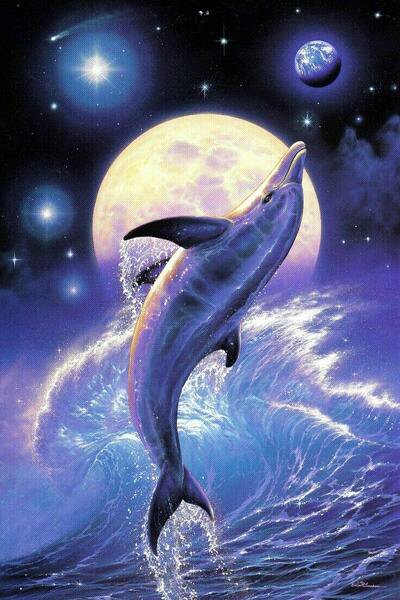 Light speared stars sprinkle the night
full moon illuminates from the hidden sun
earth floats ominously in aphotic space,
dolphin frolicking under an ocean deep
leaping and dancing over breaking seas
to take a gander at this world he sees.

what is the name of this unknown sphere,
just off the shoulder of a circling orb?
a mysterious globe that has no name
the dolphin doesn't care, he just wants to play
surfing the crests without his friends
the pod’s sonar calls him back again.

Humans with a dorsal fin,
flippers to roam the sea
the promised land, could this be ?
we reincarnate in Shangri-la.
wishing for peaceful rest on a shooting star,
for eternity we shall swim
on the planet's name, Elysium.

Elysium - the abode of the blessed after death in classical mythology