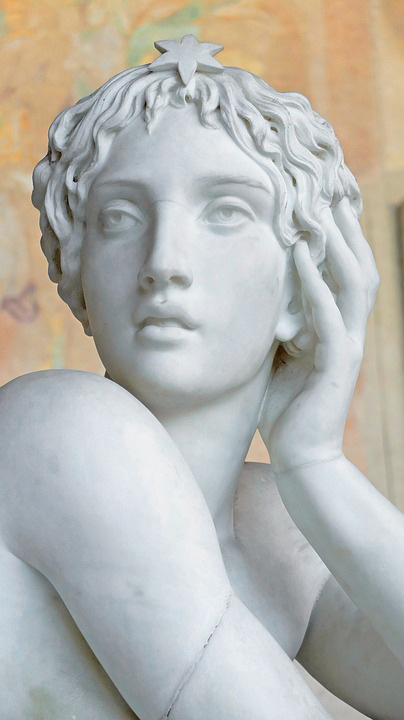 The desert's deadly heat concedes to cooling of a bloodless moon.
For cacti, hawk, and lizard, the respite comes none too soon.
Over the chilly monochrome scrabble, under all stars of wishing,
An old and lonely coyote howls, his tenor an anguished pitching.
A thousand days of winning and losing and still he wandered alone.
Every blue night he mounted the hill and pierced his expectant tone.
He wonders if he's the only one left, if there's a mate made for him.
So he hopefully ventures the dark to sing forth his heartsick hymn.
One night, the moon appeared in the sky, a fiery blood red power.
It colored the hard tack rust and brown, red to the cactus flower.
Instead of steely silver and blue, the desert was color and life.
The coyote scrambled atop his rock and howled a cutting knife.
Over the breeze there came a sound, an echo or something more.
Ears straight up, air stopped moving, the night like never before.
Off in the distance, without a mistake, he heard a howl, a mate.
Under that moon they called each other, to answer together their fate.