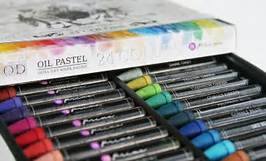 that bore resemblance to a baby bear cub

who I happened to meet on the first day of school

he was a bully and a tool

being ethereal, as skinny as a pole

he made it his sole ambition to torture me

School was not a place I belonged in

Teachers were awful too,

Calling for my parents,

using their canes or fists to teach

for they knew I had no one to reach

my scores were flawless, perfect

she cheated they intimated

for the book award each year

cannot be appropriated by her

He terrorized me during the breaks

My teachers had their stake in the class

How long will this last?

I heard the knock on the door, saw a child

drenched in sweat, shaking like a leaf, in delirium

covered in welts from the measles epidemic

many a child had been lost that year

as no cure was to be found

the priest had to pray safe passage for his soul

as it was too late to make him whole

‘I need you to help me child,’ ordered the Priest

I wanted to bite and scratch his eyes out

in his current state

before it was too late

I had to make a day’s journey to the vale

Through the jungle a path we cut

as the black mambas lay, looking like truck tyres

I walked with tenacity on my quest; not to be a tasty bait

to extract the medicine at best

to make the poultice as cure for measles

The cure was made and administered

having spent two months of bliss on the playground

he returns after gestation

standing in the courtyard, I assume the brace position

anticipating his punches, a box of gold wrapping

he extended gently into my hands

I shook as I opened the box

the most beautiful gift I owned,

was a box of pastel crayons.

Lawrence the terror of my life since Grade 1