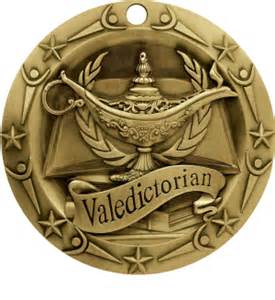 I stood on the precipice of no return

having found the exit to the roof unlocked

it was a silent night, even the crickets and frogs

refused to sing their melodious songs

for melancholy is a tune that

does not belong in their choir.

Seven lumps detected and one operated

entailed mild dosages of chemo to begin with

close to rupturing my ribcage,

having the bed changed repeatedly,

looking up at the ceiling as a zombie

when the Stage4 conversed or requested favors

So long cruel world, for my existence

amounted to naught in this uncompromising reality

and as dust, it shall end in its finality

the wind picked up abruptly as I watched

my purple nightie dance to the elusive wind

one foot off the ledge, I peer below to the voices

of two smiling faces whispering, ‘We love you mummy!’

my mind starts to race to phantom out

what witchery is this, as visiting hours have long passed

'You can do this!', urges my depressed desolate soul

Utopia is where we journey, to be whole

I took the plunge off the hospital roof

eyes shut tight, only to feel the cold ledge still

for my innocuous nightie was wedged in the wall

now I see the purpose of the wind's deception

on a silent night, a cacophony of melody rose

as a standing ovation to the majestic howler

a hand reached up to steady my frame

I cried myself till I was drained

on his shoulder, the off duty nurse, I wiped my dirt

it was not a flirt I kid you not

to let the hurt go as ordained

even though I admonished him daily

for the pills he gave that made me a demon

In the morning I slept in the bed unchanged,

I took the pills he brought without a fight,

I changed the TV channels for the Stage4,

I allowed my visitors in for the first time

Mike was the first, purple violets in one hand

holding my unruly mess of a hair while I hurled

‘There is no one who can replace you!, ‘ was his admission

He left when he heard the commotion nearing

two bubbly, fussy, bossy infants, about who gave the card

made their way to my room to chase away

the gloom of last night.

Adorned in a black gown and cape she strolled on stage

Jozie was asleep on my shoulders, drooling

as the ceremony was lengthy and boring

fidgets with no toy, as he has ants in his pants

the other two weep instantaneously

Colia on stage, who we promised not

to embarrass, didn’t last, receiving her

I held them tight with the full realization

of why I needed to live and fight:

emerging from my degrees of suffering

I was made Valedictorian.