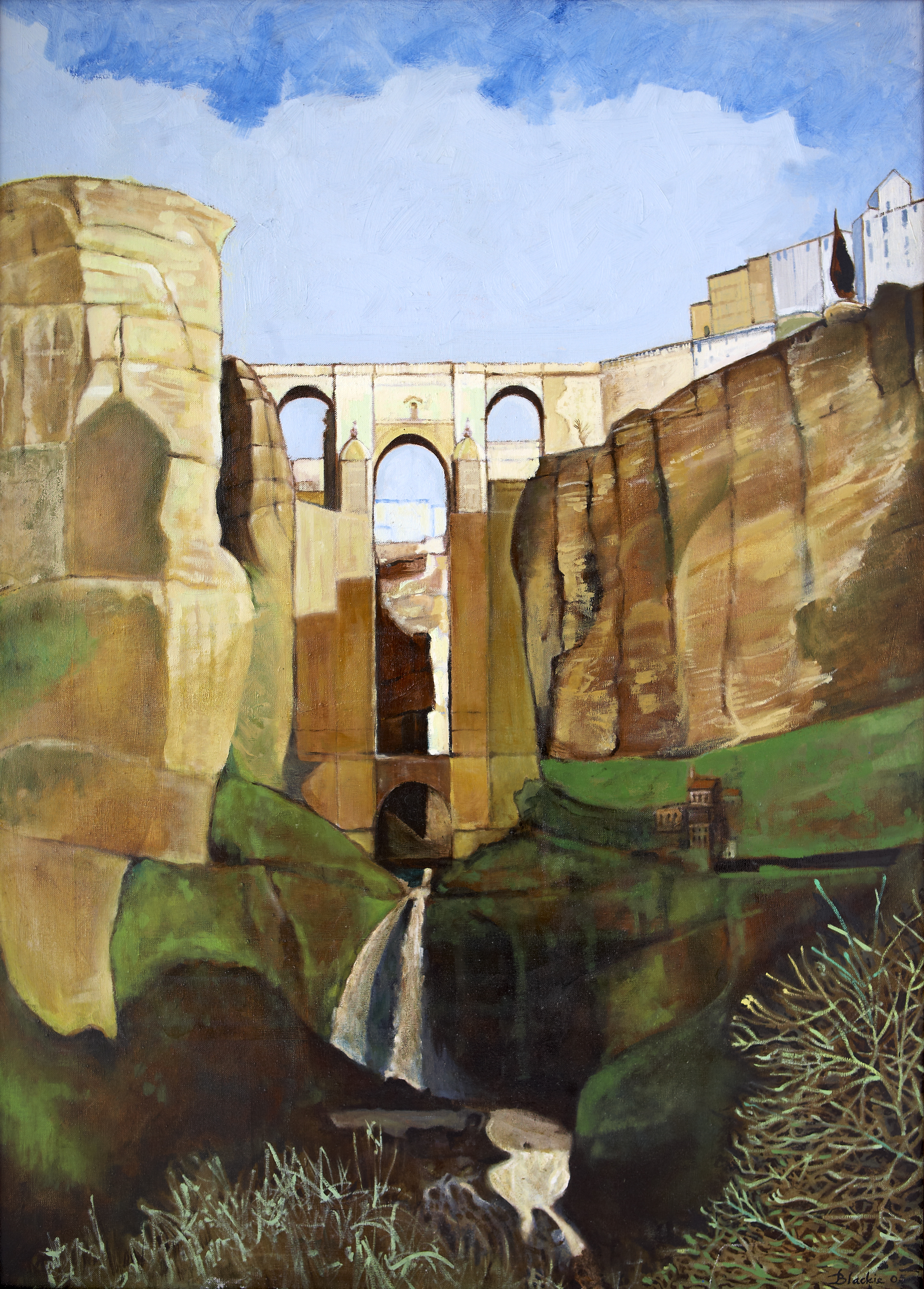 Look how they fall like angels to the earth!
But no soft landing down amongst those rocks.
Those devils on the bridge with gleeful mirth
Terrorized the townsfolk as wolves do flocks
Of sheep at lambing time. For all their worth,
They searched shuttered houses and smashed the locks
Of any door, they could not open wide,
Dragged out the frightened men hiding inside
Battered them senseless to the dusty ground
In gutters, awash with their comrades’ blood
Each in their own vomit and bile half-drowned.
They lay gasping like fish stranded on mud.
The narrow streets echoing with the sound
Of their screaming and each rifle-butt’s thud.
My God, who are these beasts in human form
Whose hearts the desert sun could never warm?
They are Francisco Franco’s native troops,
Moroccan Regulares, so I’m told.
Free to rape and kill, they are the first groups
Into attack. Completely uncontrolled,
Each Regulare picks his prey and swoops
Raping, maiming, and killing young or old.
Just the threat of unleashing these fierce hawks
Compels Comrade Republicans to talks.

This bridge was the scene of what would nowadays be called war crimes. Prisoners, both Nationalists and Republicans, were hurled to their death on rocks hundreds of feet below.