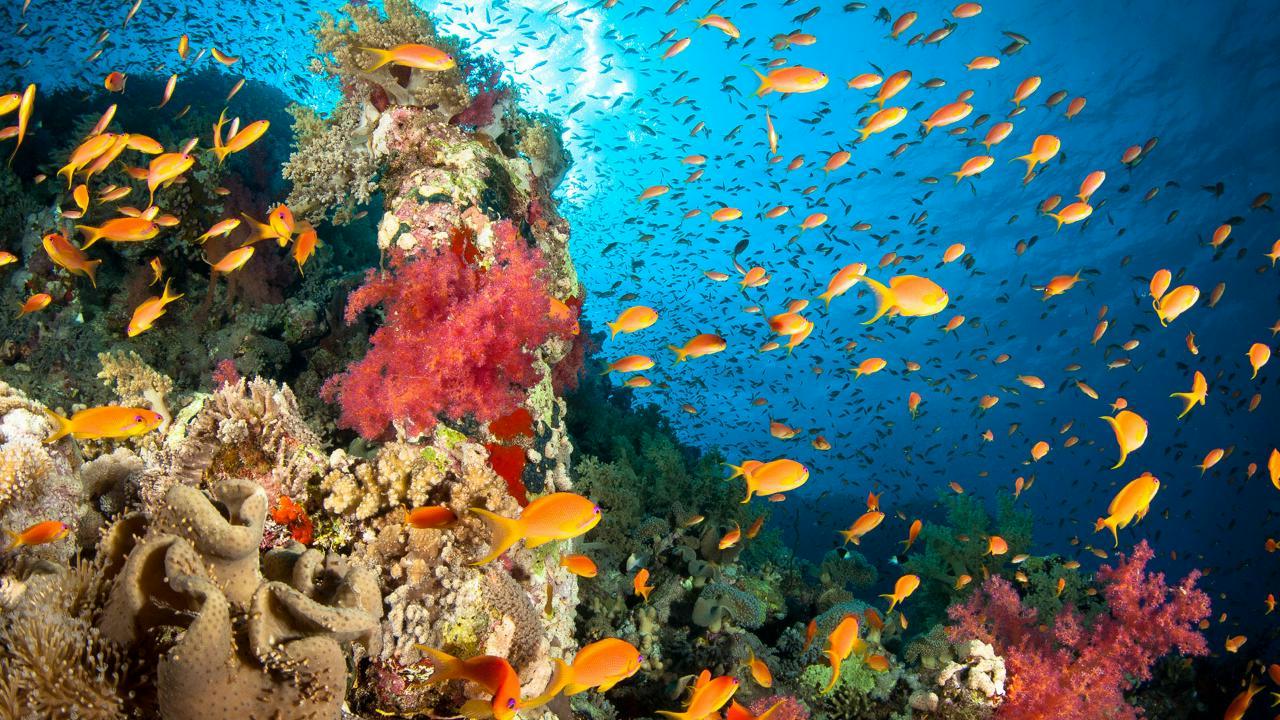 Out in the sea on the coral reef,
The variety of fish defies belief,
Big ones small ones and silver ones too,
Strange looking fish that look like you,
A great big shark glides silently by,
Watching you with his beady eye,
Jellyfish pulsate in the depths of the ocean,
As whales crash the surface in a big commotion,
Fish are caught in trawlers nets each day,
Dragged onboard and all cold and grey,
Sea cucumbers, octopus and squid,
Slimly eels that wriggle and skid,
By the river a fisherman catches a pike,
And takes it home on his bike,
Fish are strange, fish are weird,
I've never seen one with a beard,
I won a goldfish at the fair last week,
Took it home and it looked so sleek,
I like keeping fish in my pond,
I feel we have a really nice bond,
So fish are creatures of the sea,
Its their job and its not for me.

Life in the oceans