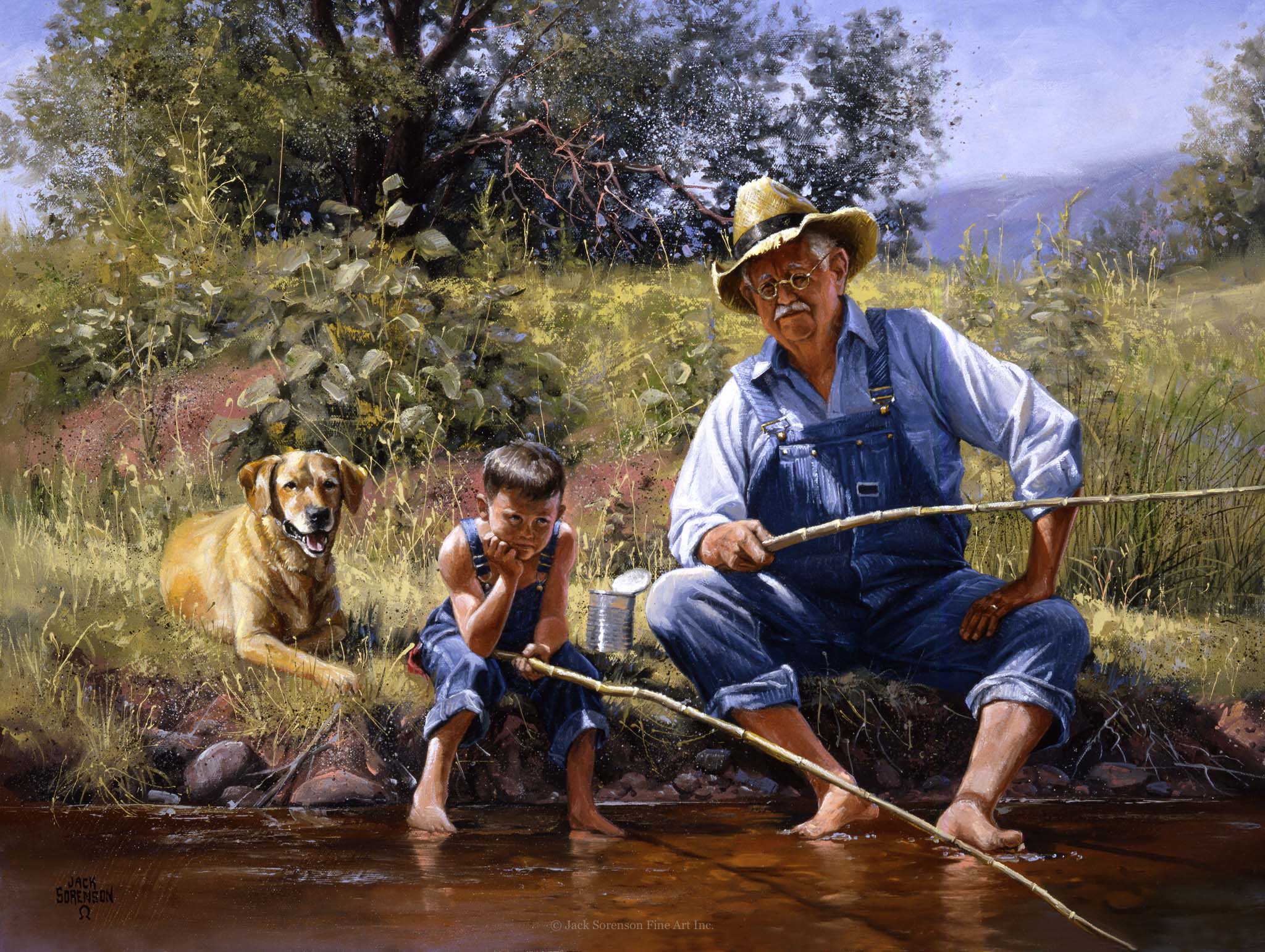 Grandpa took me fishing, a trip I’d longed to take,
And with great anticipation, we drove out to the lake.

I asked where we were going, his face went all aglow,
“We’re going to my favorite spot, my secret fishing hole”.

We walked down to the water, he put a worm upon my hook,
I got my bobber way out far, one cast was all it took.

It didn’t take a minute, to get a hungry bite,
I reeled it in like crazy, it put up quite a fight.

The fish had teeth like razors, and a very ugly grin,
I asked him what its name was, he said, “This one’s called SIN.”

We threw it back quite quickly, as it wasn’t good to eat,
Then Grandpa pulled in his first fish, something he’d repeat.

This one was bright and shiny, its scales a rainbow hue,
He told me, “This cute guy’s called HOPE and he’s better tasting too.”

He said, “We’ll put this one back now, and let it swim away,
He’ll grow up to be big and strong, we’ll catch him again someday.”

The day went on and we caught lots, and each one had a name,
There was GREED and JOY and PAIN and FEAR,
And ANGER, PRIDE, and SHAME.

And as the day was ending, we had one last big hit,
The biggest fish I ever saw, to reel I had to sit!

Then Grandpa smiled and said to me, “That’s a catch sent from above.
This one here’s a keeper, boy, this one here’s called LOVE.”