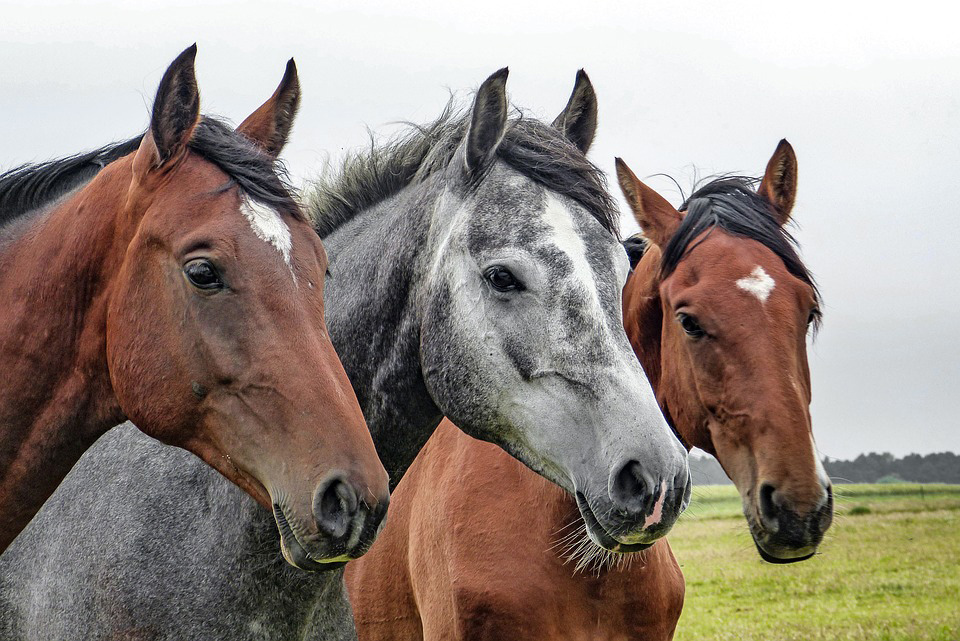 An aging stallion breaks free from his bridle and spits out his bit.

He vaults the corral's fence and heads out into unknown territory.

His mare in the stable was not forgotten. though he had been by her.

In this land new to him a wild mare shows herself across the canyon.

perhaps she was aware she had shown herself or perhaps not.

She swishes her tail, throws her head in the air,

gives out a neigh that is like music, and disappears.

Fascinated, he now has her image and scent.

She is a wild palomino. She too has known the bridle and bit.

yet she still runs with the wind.

He catches her, but he knows she allowed it.

They walk shoulder to shoulder entranced with each other.

Then distant cries upon the air far too soon reach their ears.

Young colts and mares need love and shelter from their fears.

The mare and the stallion, with love and dismay,

go back to those that come first.

Both are no longer with the bridle and bit,

yet there are still unbreakable tethers upon both.

The stallion sniffs the wind for his wild palomino

Then goes to tend to his foals.

Sniffing the wind incessantly hoping for her return.

One wild mare he senses is worth more than ten in a stable.