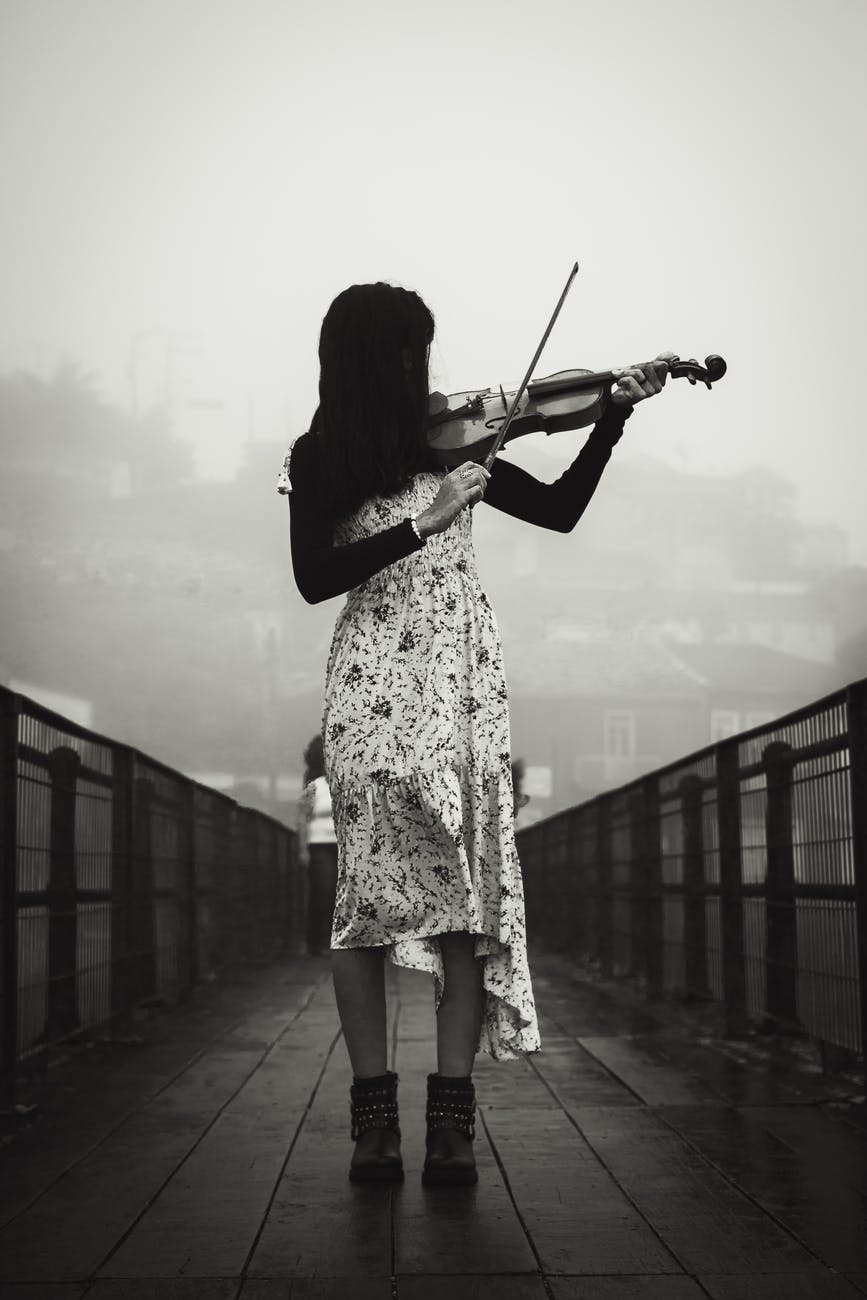 My wife is extremely bad at playing the violin.
I hope that I go deaf and can never hear again.
Even though she's terrible at playing the violin, she plays it over and over.
I soon learned that it didn't bring good luck when I picked a four leaf clover.
I can't stand the racket she's making, I'd rather eat a bug.
I'm sick of it and I'd give a millions bucks for some earplugs.
She put a lump on my head with her fiddle when I said I wasn't impressed.
The police just busted down the door and they're placing her under arrest.
She said that she will play the violin until she takes her final breath.
Her music is so bad that our neighbors think she was torturing animals to death.
A neighbor called the humane society and that's why she's wearing handcuffs.
Because her music is so terrible, I'm glad she's being arrested, I've had enough.
As she's being put in the squad car, she's asking me to pay her bail.
But because her music stinks, I won't spend a dime, she can rot in jail.
My ears have actually bled because when it comes to playing the violin, my wife is a dud.
If your spouse wants to play a violin, you'd better put your foot down and nip it in the bud.

This poem was inspired by an episode of Bonanza


Warning: Invalid argument supplied for foreach() in /home/customer/www/poetrynation.com/public_html/wp-content/themes/awi/template-poem.php on line 281