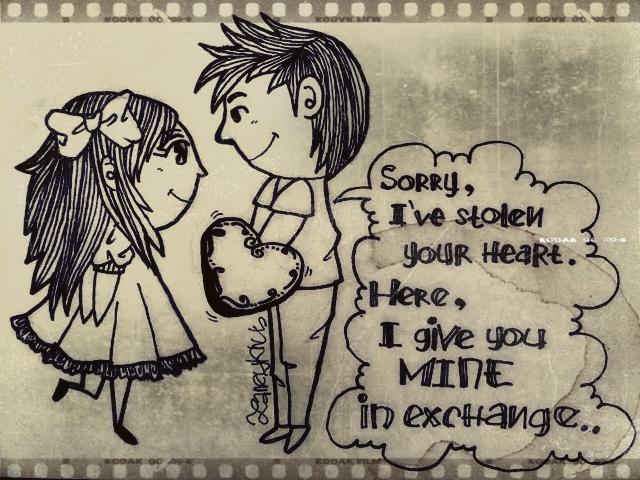 When I met you, you had become my best
friend. You passed through all the walls like a guest,
that even my boyfriend could not bypass.
What you didn't know, I'm as fragile as glass.
You came crashing through like a tornado
tearing up part of northern mexico.
No matter what, we fought like cats and dogs,
yelling and screaming, we never kept logs
of what it was that we were mad about.
At times I left or I would go hideout
so you could have some space but in the end
I always came back to find my best friend.
Then one day I realized that I had
fell for you really hard, my comrade.
It had made me want to run and repel
you, I had to safeguard myself from you.
You had made it into my heart when it
was not right, I wasn't going to submit
to someone I did not want to be there.
For everyone's sake, I was well aware
I needed to depart. But I couldn't bring
myself to leave. When you were the one thing
I wanted to see every single day
for a while. So I stayed off the freeway
because I saw your big sexy smile. I
knew then, you were the reason the blue sky
seemed to shine. I knew that if I left then
I would regret it later in life when
I would think back. Even though you peeve me
off a lot of times. I still guarantee
the way you smile makes me drop dead inside.
Then you said something and I thought you lied
because I'm stubborn. Even though you had
already taken my heart like a bad
thief. I wished I could take it back since in
the plans of adulthood, I would have been
able to give it freely. Not have it
taken from me. You took it from its pitt
before I knew how you felt in return.
Fear of being hurt again made me yearn
to take back my heart. Then I saw the look
in your eyes. It changed and a while it took
for me to understand. That new look was
the proof that had finally made me pause.
It was a look of love that you had told
told me about. It was like the blindfold
finally came off. What I saw, a man
and not a thief. But someone worth more than
anything because I learned that you didn’t
steal it. I gave it to you as a hint
of what I have planned to do. So please tell
me one thing to end things in a nutshell.
Now that you're here to stay and no longer
a guest, because you have made me stronger.

This poem is the story of a man that I met a year ago. He won my heart without even knowing it and I had won his without knowing it. Now we are together and I'm going to ask him to marry me using this poem.