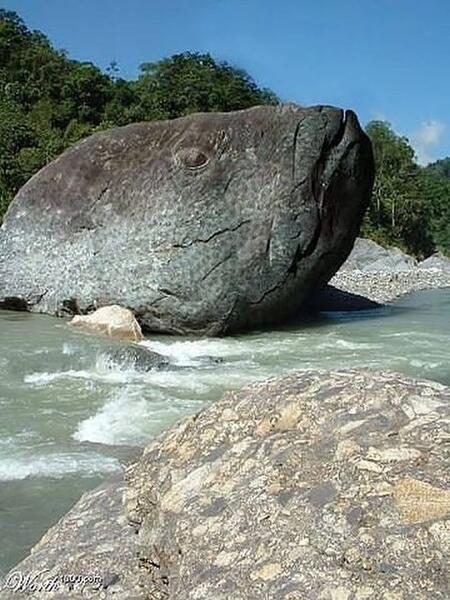 slowly eroded and shaped by the sea
natural taxidermist shaped the lee
its' forehead marred by dried dark algae
its' gills sealed shut, no need to breathe
the waves caress the shore to be
guarding the beach from visitors' debris.

its' jutting jaw says you can't hook me
fishermen's monument challenges thee
statue protrudes from a beach shallow
not understanding, people make it hallow
hoping to get their life's big catch
to touch the devine's work of the past.

hundreds of water deities, every culture has made
is there one who'll answer their prayers of the day?
Pontus, fish father, won't answer their calls
protecting his creatures their efforts he stalls,
those fishermen who worship an idol are shown
where they think there's power, it's still only a stone.

The picture is what inspired me for this poem.