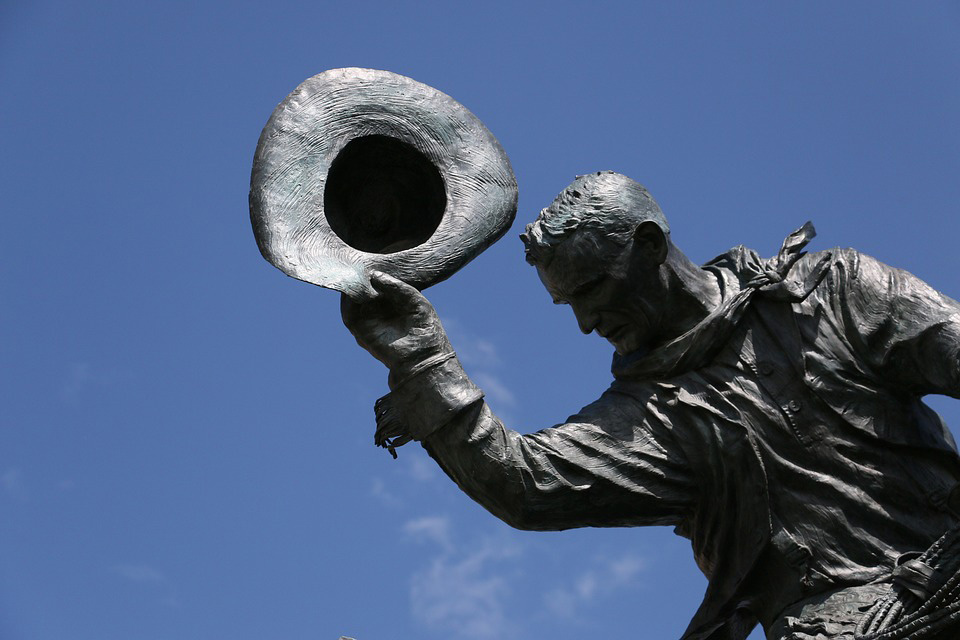 Dad was dead in Dade County.
He told me about it much later, looking stricken.
He said it was only for a minute, and they
wouldn't let him have his dentures back after
rebooting him.
He whispered about the tunnel he could not talk about.
It was, he said, the tunnel of death.
He could hear people on the floor above him, so
he pounded on the ceiling with his fist hammer.
No one came, there was no light; the tunnel was
the blackest black he'd ever seen.
He stepped over things, stumbling, looking
for a Marlboro, waiting for the train that came and went
and left him, he said
he tried to get on.
They would not let him in, they wanted a ticket,
he did not have one. That is when, he said,
in the darkness, alone, he knew he was in Hell.
Someone who he could not see
told him that the others would join him later on,
and they would all march together down.
So sad, I said,
no, Dad, as if
I knew all about it.