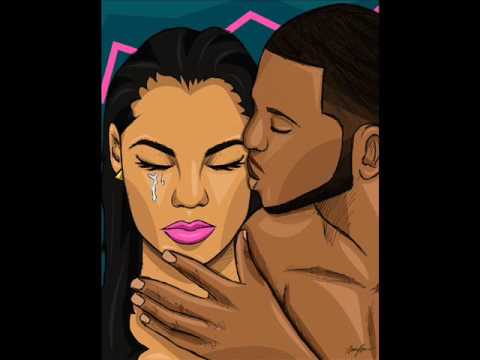 I knew the answer before I even asked the question, He didn’t love me.As much stars as I wished on, as much as I talked to god, as much as I thought“Today would be different” it never was. I was a strong girl, I was not easily persuaded and others would even say I was stubborn.I was too smart for my age which was the only regret that I had, I didn’t fully get my stupid yearsYou know the “years of mistakes” I was too busy worried about the future.
“What would happen in the long run if I did this one dumb thing now?”
“Let me just follow the rules” I don’t want to paint the wrong picture though.
I was far from a model student, I had no patience, didn’t listen to authority and an attitude I blame my mother for.
But I wasn’t reckless. I was careful, I didn’t do anything that I couldn’t handle.
Except fall in love.
The most dangerous thing I ever did was convince myself that I was okay with loving someone who didn’t love me back.
As I said I am a strong woman but with him I was weak.
I am a lot but with him I tried to make myself a little bit.
I told myself that I was too much for him so in order to be with him I had to become less.
Even when I lessend myself, when I made myself a little ordinary, was outspoken but spoke a little less, was loud but became a little quieter, was bright but became a little dimmer..he didn’t love me.
I thought that I loved him, back then I thought love was having a vibe with someone.
I thought love was laughing at the same thing and talking every single day.
I believed that love was the movies, you like someone and they like you back and everything is perfect.
That’s not love, love is never unrequited. Love is never you making yourself less so you could attract someone. Love is never convincing someone to be with you.
Love is patient and kind, its understanding. It is someone seeing you and saying “yes this girl is way too much but I wouldn’t have it any other way” it’s wanting me to be the first person you speak to when you wake up and the last person you speak to before you go to sleep.
True love is knowing.
Knowing that you are loved just the way you are, that you don’t ever have to change yourself in order to receive the love you deserve. It’s knowing that you are exceptional just the way you are.
So yes, he never loved me. I knew that and I still tried to make him. I tried to show him that I was perfect for him, but in the midst of trying to convince another soul I forgot to ask myself if he was perfect for me.
Was he really what I wanted? More importantly was he even what I needed? I spent so much time thinking I would be good for him that I never asked myself if he would be good for me.
The answer was No, I didn’t want to censor myself or be less in order for someone to be with me. I wanted to be exactly who I was and not for someone to love me in spite of that but for someone to love me because of that.
I knew the answer before I even asked the question, He didn’t love me. That unrequited love introduced me to self love. It took one man not loving me in the way I wanted him to, to let me know that I needed to love myself more.
He didn’t love me and I’m finally okay with that because I just came to the realization that I didn’t love him, it just felt right at the time. Felt like thats what was supposed to happen.
So to him, wherever he is I only say one thing.
Thank You.

This is a poem I wrote from my own experience, In high school I thought I was in love with this guy and I told him but he didn't feel the same way. I spent a really long time being hurt about that but eventually after I got over the heart break I analyzed the situation and started to find the answers to my own questions. I wasn't in love with him but I was in love with the idea of him.