Matthew Hittinger is the author of The Masque of Marilyn (GOSS183, 2017), The Erotic Postulate (2014), and Skin Shift (2012). All were published by Sibling Rivalry Press. He has also published chapbooks Platos de Sal (Seven Kitchens Press, 2009), Narcissus Resists (GOSS183, 2009), and Pear Slip (Spire Press, 2007). Hittinger received his MFA from the University of Michigan, and from the university’s Helen Zell Writers’ Program he won a Hopwood Award. His work appears in journals and anthologies as well as been adapted into art songs. In 2012 Poets & Writers Magazine named him a Debut Poet on their 8th annual list. Hittinger hales from Bethlehem, PA, and lives in Astoria, Queens. 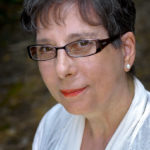 Categories: Celebrate Poetry, General, and Poetry News
This entry was posted on Wednesday, September 27th, 2017 at 4:32 pm. You can follow any responses to this entry through the RSS 2.0 feed. You can leave a response, or trackback from your own site.