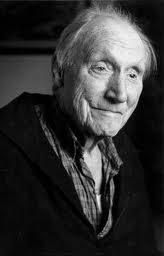 Any serious fiction or creative writer can certainly profit from the educational value of the many works by Robert Penn Warren, a renown poet, novelist, essayist, and critic—and a name that comes with a long list of superlatives attached to it.  A Southern, multi-faceted writer most famous for his association with and contributions to The Fugitive Poets (an anthology of Southern poetry) and his award-winning novel, All the King’s Men, Robert Penn Warren became the nation’s first official Poet Laureate in 1986 and is the only writer ever to win a Pulitzer Prize for both fiction and poetry.

Of all the poetic careers of famous poets, Warren’s is one of the most fascinating, most inspiring, and most conducive to study for amateur students of the craft because even up to his last collection of poems, Warren too remained a student to a certain extent.  His poetry constantly grew and developed.  His style evolved; his themes and focuses changed.  While his early poetry was inspired by happenings and ideas surrounding the Old South as well as metaphysical and ethical themes, his later work exhibits a more contemporary appeal, as he avidly examined themes of time, identity, the undiscovered self, and the dichotomous world of the clean and the dirty.

Colleagues and critics will also agree that Warren’s poetic works are not stamped with any particular style because he never endeavored to cultivate any one particular style.  There was never one familiar voice, but many voices.  As a Fugitive, his poems were perfectly indicative of the formal style of verse in which his mentors and fellow Fugitives rigidly adhered; however, Warren was such a gifted and mature poet, with such a sentimental heart that yearned to branch out beyond the boundaries of traditional verse, that he had no problem breaking the laws and rules of the poetic Establishment at the time.  By the time his Selected Poems 1923–1943 was published, his variations in technique and language were widespread. His affection, however, for the traditional techniques of English literature never ceases to be seen in the way he manipulates metrics, rhyme, and interior sound effects with such command and success.

Essayist George P. Garrett in his essay “The Recent Poetry of Robert Penn Warren” tells how Warren, an extraordinarily talented storyteller, achieved a concept his poetic upbringing once declared impossible:  the integration of prose and poetry.  Because of his love of language, he couldn’t possibly limit himself strictly to the poetic genre, and so his gift for prose enhanced yet another quality of his writing—a superb use of rhetoric that gives his characters and their lives a truly southern appeal.  There is a fine, given tradition of many types of rhetoric throughout the history of the South—political, religious, comic, evangelical, and courthouse rhetoric—all of which are ingeniously integrated throughout Warren’s fictional works.

Warren’s unapologetic appreciation for the literary reformations of his time can only be admired, for his embracement of the modern era and the poetic vision he shared led to many extraordinary contributions to the literary world.

Category: Classic Poetry
This entry was posted on Thursday, June 30th, 2011 at 12:00 am. Both comments and pings are currently closed.