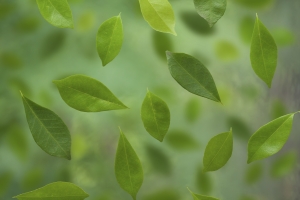 Congratulations to Marilyn Nelson, Claudia Rankine and C. D. Wright, 2013’s new Chancellors of the Academy of American Poets!  Selected by the current Board of Chancellors, Nelson, Rankine, and Wright will serve as ambassadors of poetry and endorse the organization’s programs.  They join a distinguished group of poets to have previously held the position, including John Ashbery, W. H. Auden, Elizabeth Bishop, Lucille Clifton, and Adrienne Rich.

Marilyn Nelson (who from 1978 to 1994 wrote books as Marilyn Nelson Waniek) is a poet, children’s book author and translator.  She was born on April, 26, 1946 in Cleveland, OH to Melvin M. Nelson, a US serviceman in the air force, and Johnnie Mitchell Nelson, a teacher.  Raised moving from one military base to another, Nelson started writing while still in elementary school; always being the new kid encouraged her to start, and she has been writing ever since.  She earned her BA from the University of California, Davis, and holds postgraduate degrees from the University of Pennsylvania (MA, 1970) and the University of Minnesota (PhD, 1979).  Her honors include a Guggenheim Fellowship, the Frost Medal from the Poetry Society of America, two Pushcart Prizes, two creative writing fellowships from the National Endowment for the Arts, a Fulbright Teaching Fellowship, and the 1990 Connecticut Arts Award.   From 2001–2006, she served as the Poet Laureate of Connecticut.   Since 1978, she has taught at the University of Connecticut, Storrs, where she is a professor emerita of English.  She is the author or translator of twelve books and three chapbooks.  Poet Arthur Sze commends Nelson’s poetry as “remarkable for its sheer range of voice and style, for its historical roots, and for its lyrical narratives that, replete with luminous details, unfold with an emotional force that, ultimately, becomes praise.”

Claudia Rankine was born in Kingston, Jamaica in 1963.  She earned her BA in English from Williams College and her MFA in poetry from Columbia University.  Rankine has edited numerous anthologies and is also a playwright.  A recipient of fellowships from the Academy of American Poetry, the National Endowments for the Arts, and the Lannan Foundation, she is currently the Henry G. Lee Professor of English at Pomona College.  Winner of an Academy of American Poets fellowship, Rankine’s work Don’t Let Me Be Lonely (2004) is an experimental project that has been acclaimed for its unique blend of poetry, essay, lyric and TV imagery.  Regarding this volume, poet Robert Creeley wrote: “Claudia Rankine here manages an extraordinary melding of means to effect the most articulate and moving testament to the bleak times we live in I’ve yet seen.  It’s master work in every sense, and altogether her own.”  Rankine’s play, The Provenance of Beauty: A South Bronx Travelogue, was a 2011 Distinguished Development Project Selection in the American Voices New Play Institute at Arena Stage.  Rankine also devotes time to work on documentary multimedia pieces with her husband, photographer John Lucas.

In 1949, (Carolyn) C. D. Wright was born in 1949 in Mountain Home, AR to a chancery judge and a court reporter.   She received a BA degree from Memphis State College (now the University of Memphis) in 1971 and briefly attended law school before leaving to pursue an MFA, which she earned from the University of Arkansas in 1976.  Among her numerous honors are fellowships from the National Endowment for the Arts, the Guggenheim Foundation, MacArthur Foundation, the Bunting Institute, as well as awards from the Lannan Foundation, the Witter Bynner Prize, and a Whiting Award.  In 1994, she was named Poet Laureate of Rhode Island, a five-year post.  Wright has fourteen collections of poetry, and with her husband, poet Forrest Gander, she edits Lost Roads Publishers.   Wright also teaches at Brown University in Providence, RI, where she is the Israel J. Kapstein Professor of English.  The MacArthur Fellowships Program announced, “No single description adequately captures Wright’s work; she is an experimental writer, a Southern writer, and a socially committed writer, yet she continuously reinvents herself with each new volume.”

Category: Contemporary Poetry
This entry was posted on Tuesday, January 1st, 2013 at 12:00 am. Both comments and pings are currently closed.