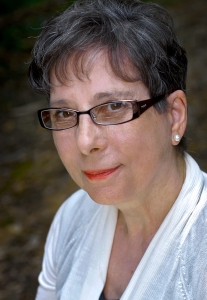 Grace Cavalieri is an American poet, playwright, and radio host of "The Poet and the Poem," a public radio program sponsored by the Library of Congress that shines the spotlight on leading poets from around the world. The author of sixteen books and chapbooks of poetry, Cavalieri is a full-time writer and playwright who has had twenty-six plays produced on American stages. When not writing or interviewing today’s most accomplished poets, she travels the country giving lectures and teaching workshops at various colleges and universities. For twenty-five years, Cavalieri served as visiting poet and assistant director of the annual Poetry Festival & Workshop at St. Mary’s College of Maryland.

Cavalieri’s career in broadcasting began in 1977 as founding core staff of WPFW-FM. She later became Associate Director of education/children’s programming for PBS and then Program Officer for the National Endowment for the Humanities media funding. She founded two poetry presses in Washington DC that continue to thrive and is presently the poetry columnist for The Washington Independent Review of Books. Her papers are in the George Washington University Gelman Library Special Collections.

Category: Contemporary Poetry
This entry was posted on Friday, April 29th, 2016 at 12:00 am. Both comments and pings are currently closed.