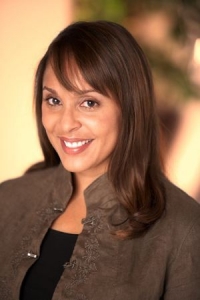 “That’s how language works—how we change and rewrite ourselves.”

On June 7, 2012 James Billington, the Librarian of Congress, named forty-six-year-old Natasha Trethewey the nineteenth US Poet Laureate.  Brilliantly gifted and courageous, Trethewey’s beautifully moving poetry is also structurally intriguing and impressive, as she blends free verse with more traditional, structured forms, such as the villanelle and sonnet.  Her creations are personally and historically invigorating, enlightening and enriched by a voice both unique and necessary on the literary front.   After hearing her poetry at the National Book Festival, Billington said, he was “immediately struck by a kind of classic quality with a richness and variety of structures with which [Trethewey]  presents her poetry…she intermixes her story with the historical story in a way that takes you deep into the human tragedy of it.”  Indeed, one of the central themes of Trethewey’s work is memory; she particularly excels in examining and exemplifying the potential for personal memory and public history to intersect, but more often digress from one another.   At the close of her poem “Pilgrimage,” featured in her third collection of poetry entitled Native Guard, Trethewey articulates the ever-present reality of history, saying, “The ghost of history lies down beside me, / rolls over, pins me beneath a heavy arm.”

Trethewey was born April 26, 1966 on Confederate Memorial Day (exactly 100 years afterwards) in Gulfport, MS, to Eric Trethewey (also a poet) and Gwendolyn Ann Turnbough Trethewey.  Trethewey was the product of a mixed-raced marriage—her mother was black and her father was white.  Her parents married illegally prior to their daughter’s arrival; however, they divorced before she began grade school.  Afterwards, Trethewey and her mother moved to Decatur, GA, where her mother remarried.  As a child, Trethewey spent her summers in Mississippi with her grandmother and in New Orleans with her father.  Like most writers, Trethewey’s affinity for language began at a young age; she was an avid reader and spent much of her time in a library.  Seemingly by birthright, she was also fascinated by the civil war.  Her poet father first inspired her to write poetry. When Trethewey was nineteen and in college, her mother was murdered by her second husband, whom she had recently divorced.  As The New York Times’ Charles McGrath noted:

Recalling her mother’s death, [Trethewey] said, “Strangely enough, that was the moment when I both felt that I would become a poet and then immediately afterward felt that I would not. I turned to poetry to make sense of what had happened and started writing what I knew even then were really bad poems. It took me nearly twenty years to find the right language, to write poems that were successful enough to explain my own feelings to me and that might also be meaningful to others.”

Trethewey’s poetry notably comments and reflects on her mother, who was part of the inspiration for Native Guard, which is dedicated to her memory.  Her work also investigates and exhibits her own experiences as the daughter of a white father and a black mother growing up in the South.  Furthermore, the American Civil War makes frequent appearances in her work.

Trethewey received a BA in English from the University of Georgia, an MA in English and creative writing from Hollins University, and an MFA in poetry from the University of Massachusetts.  In 2012, she was named Poet Laureate of the state of Mississippi and the 19th Poet Laureate of the United States.  America’s newest Poet Laureate is still in the midst of a laudable literary career.  Trethewey has already authored four collections of poetry: Domestic Work (Graywolf Press, 2000), Bellocq’s Ophelia (Graywolf, 2002), Native Guard (Houghton Mifflin, 2006), for which she was awarded the 2007 Pulitzer Prize, and Thrall (Houghton Mifflin Harcourt, August 2012). She is also the author of a book of creative non-fiction, Beyond Katrina: A Meditation on the Mississippi Gulf Coast (University of Georgia Press, 2010).  Her work has appeared in several volumes of Best American Poetry, and in journals such as Agni, American Poetry Review, Callaloo, Gettysburg Review, Kenyon Review, New England Review, and The Southern Review, among others.

Provoking us to acknowledge those who some might prefer be left forgotten or deemed undeserving of historical significance, Trethewey is dedicated to resurrecting or recreating the lives of history’s “others.”  Trethewey’s first collection, Domestic Work, won the Cave Canem Prize for a first book by an African American poet.  Domestic Work investigates the lives and jobs of working-class people, particularly black men and women in the South, and is based in part on her grandmother’s life.  This collection highlights the South while vividly vitalizing characters whose existences are entrenched in the region.  Trethewey was inspired to write her second collection, Bellocq’s Ophelia, by photographs of prostitutes in the red-light district of New Orleans taken in the early 1900s by E. J. Bellocq.  For the book, Trethewey researched the lives of these women, many of whom were mixed-race.   While their occupations were anything but relative, Trethewey remarked on the personal reflections she found in these women and those she was forced to examine in herself when writing this collection, saying the project combined “the details of my own mixed-race experience in the deep South” with facts about the real women’s lives.  Native Guard, contains elegies to her late mother and tells the story of the Louisiana Native Guards—an all-black regiment in the Union Army, composed mainly of former slaves who enlisted and guarded the Confederate prisoners of war. It focuses on fathers and children, through a series of poems considering  portrait art of the 18th century.

So explore one of Trethewey’s stunning collections, not only for aesthetic pleasure, but also to find creative influence.  You are likely to discover the power of poetry to uncover—perhaps even clarify, or at best emphasize the value in ambiguity—both personal and social memories in which all of us are enmeshed.

Category: Contemporary Poetry
This entry was posted on Saturday, July 21st, 2012 at 12:00 am. Both comments and pings are currently closed.