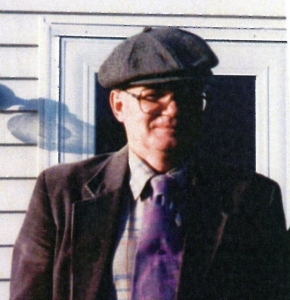 Commenting on his own poetry, Friedrich (Fred) Wurzbach admits, “I like the challenge of structure in meter and rhyme [….] try[ing] to make it work in/with our contemporary idiom.”  His contest-winning poem “Constrained Compliment” exemplifies his ability to create beautiful and poignant work out of the synthesis of familiar language and specific arrangement.  In “Constrained Compliment,” Wurzbach interlocks stanzas by end-rhymes patterned aba, bcb, cdc, ded, efe, etc.  The poem’s structure consists of eight stanzas wherein Wurzbach craftily utilizes end-rhyme without relying on line breaks to function as limits of sentences or phrases; also, sentences in “Constrained Compliment” are free to extend into new stanzas.  The poem incorporates primarily conventional language—although, I’ll humbly admit I was unfamiliar with the last word of the poem, “contretemps.”  (Upon investigation, I discovered this French word means an embarrassing mischance, unfortunate disruption, or inopportune occurrence.)  While Wurzbach considers the language of his poetry common, his poetic expression is ripely astute.  When speaking of his poetry in comparison to Wallace Stevens, Wurzbach remarked, “ [my] verse ‘ain’t that heavy’,” but I’ll certainly beg to differ.   In my opinion, “Constrained Compliment” surely engages readers in ponderings regarding existence, awareness and power relations.

Overall, Wurzbach’s poem strikes me as exceptionally phenomenological.  In philosophy, phenomenology is the study of structures of consciousness as experienced from the first-person point of view.  Literally, phenomenology is the study of “phenomena”: appearances of things, or things as they appear in our experience, or the ways we experience things, thus the meanings things have in our experience.  In “Constrained Compliment,” Wurzbach affords his audience observation of and identification with the way the speaker of “Constrained Compliment” experiences his visual awareness of an unnamed, old, female stranger.  Consequently, Wurzbach’s work incites readers to pay mind to the existence of breitling bentley replica, replica watches others—the phenomenon of others—while addressing and imparting one’s experience of one’s own awareness.  Simply describing what the speaker sees on many afternoons does not suffice, though we must acknowledge the fact that the speaker of “Constrained Compliment” even notices the woman is something of interpretive value.  Wurzbach embellishes this reality by depicting the speaker as—in a way, admittedly—fascinated with minuscule details pertaining not solely to her physique but also to her history.  This causes readers to ponder what others assume about them when they are looked at; it makes readers aware people—strangers—may be watching them, that they are objectifiable for better or for worse, with or without consent or cause.

Thus, Wurzbach’s poem amplifies its phenomenological relevancy by incorporating elements of the psychoanalytic theory of “the gaze.”  The notion of the gaze is concerned with the relationship of a subject’s desire to look and awareness that one can be viewed; thus, it is easily integrated into a phenomenological analysis.  With regard to “Constrained Compliment,” readers of the poem are literarily considered to hold the spectator’s gaze, as readers are beholding the experience of the speaker of the poem.  The speaker of “Constrained Compliment” is exercising an intra-diegetic gaze, as he is, within a text, gazing upon another character in the text.  Wurzbach’s poem not only captures and communicates the gaze, it also artistically authorizes it.  While readers initially if not predominantly throughout the length of the poem identify with the speaker’s gaze, Wurzbach’s speaker interestingly and crucially inverts the domination of this form of to-be-looked-at-ness by pondering in the last stanza whether or not the nameless woman thinks about him; he all but hints at desiring this role-reversal, or at least desiring mutuality between him and the woman wherein both actively look and are passively visually consumed.   Of course, for her to think about the speaker, she would have to be aware of his existence, which would most likely occur via her seeing him in the act of treating her as a spectacle.  Although everyone knows what it’s like to abide by the sense of being looked at, and even this could be enough to foster in the woman consideration of her supposed observer.

Wurzbach’s subject matter should be evaluated as not only philosophical, but also (perhaps consequently) social, for the possibility of the gaze inherently involves  a design and dynamic of power; gazing creates a relationship between the gazer and the object of the gaze, wherein the active gazer is superior to the passive, inferior person (or thing) being looked at.  As readers of “Constrained Compliment,” we are originally and all but utterly the surrogates of the speaker’s power, as we identify through Wurzbach’s use of first-person with the speaker.  It is not until the final stanza wherein the speaker contemplates his own objectification that we feel the stability of this power structure shake.

We can easily conceive of poetry as an interpretation of life.  As such, poems provide selections and accounts of values in human experience, wherein nothing is matter-of-fact.  I believe Wurzbach’s poem provides an articulate thought that is not only observatory, but self-investigating.  “Constrained Compliment” promotes our thought on the speaker’s thought that causes us to ruminate on the act of our own thinking and other’s thinking—about our world, others, ourselves and thought itself.  And that, Mr. Wurzbach is definitely heavy.

Category: Member Recognition
This entry was posted on Wednesday, July 25th, 2012 at 12:00 am. Both comments and pings are currently closed.