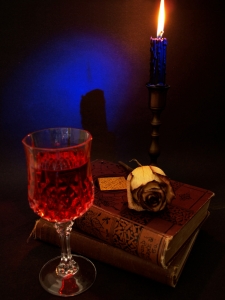 Surprisingly, not many prose writers know the rules of the game when it comes to writing stories.  They flounder about with action and characters until things begin to take shape.  Poets know even less about storytelling.  No wonder narrative poetry has gone aground.

Narrative poems tell stories about imagined lives drawn from myth, legend, history, or current events.  The primary purpose of narrative poetry is to tell a story.  The first test of narrative poetry is in its readability.  Its elements are recognizable human characters, a propelling plot (complication, action), a life-like setting that furnishes a clear framework for the story, vivid description, compact stimulating language, and a suitable poetic form for the story,  The opening lines of a narrative poem should launch the reader immediately into the story (given the who, where, when, and what).

There has been a revival of narrative poetry in recent years.  The new narrative is not to be mistaken with the now defunct movement labeled confessional poetry, in which poets mistakenly narrowed their focus upon the autobiographical “I”.  Those so-called narratives were really therapeutic at best and narcissistic at worst.  The true narrative tradition includes the names of the world’s most renowned poets from Homer, Virgil, Ovid, Attar, Ferdousi, Dante, Boccaccio, Chaucer, Camoes, La Fontaine, Milton, Goethe, Pope, Pushkin, Byron, and Longfellow to Robinson, Frost, and Jeffers.

Storytelling began to move into the provenance of prose writers early in the 18th Century, though many lamented, allowing the presentation of a good tale into artless prose (whence the contrasting adjectives–poetic, artful, and prosaic, artless).  Still, until the early years of the 20th century, the history of poetry and the history of narrative were closely bound together.

No two prose writers seem to approach writing a narrative in the same way.  John Irving says he begins with characters and then tries to think up as much action for them as possible.  William Faulkner states that his stories usually begin with a single idea or memory or mental picture.  The writing of the story is simply a matter of working up to explain why it happened or what caused it to follow.  John Hawkes declares, ". . .at the outset I’ve never been aware of the story I was trying to handle except in the most general terms."  Therefore, he never outlined a story before starting to write.

John Barth, on the other hand, says, "I can’t see how anybody starts a novel without knowing how it’s going to end.  I usually make a detailed outlines: how many chapters it will be and so forth."

As we can see, if we wanted to write a story following the advice of these excellent prose writers, we wouldn’t know clearly how to start.  Katherine Anne Porter tells us:  "If I didn’t know the ending of a story, I wouldn’t begin.  I always write my last line, my last paragraphs, my last page first."

Aldous Huxley stated, "I know very dimly when I start what’s going to happen.  I just have a very general idea, and then the thing develops as I write."  But Anne sexton says, "I will fool around on the typewriter.  It might take me ten pages of nothing, of terrible writing, and then I’ll get a line, and I’ll think, ’That’s what I mean!’ What you are doing is hunting for what you mean, what you’re trying to say.  You don’t know when you start."

But if prose writers don’t agree on what rules govern the writing of stories, poets today seem to know even less.  They prefer lyric poems to narrative ones.  They like to struggle with images and phrases and often mistake tightening their utterances with brevity.  During the past decades, their anecdotal lyrics have verbalized, often in a confessional mode, their personal feelings, their relationships, their hopes.

Now largely unaccustomed or mentally indisposed to dealing with imagined lives of characters exterior to themselves, they find story telling an activity that is foreign to the way they want to express their thoughts.  No wonder narrative poetry has gone aground.

From Robinson Jeffers, a modern master of the narrative, we can learn a great deal.  Jeffers noted that there were no interesting or lasting stories of happiness alone.  He said, "People love disaster, if it does not touch them too nearly!"  Although in his gripping poems he made use of violence and horror, he believed that narrative poetry had to have a moral purpose.  His purposes were to tell the truth, shame the devil, and bring about a freeing of some sort, a settlement, or an adjusted balance.

The current resurgence of narrative poetry may restore a portion of the audience poetry lost when it became too abstruse, private, and esoteric for the majority of readers.  Dana Gioia goes farther.  He believes that when "poets stopped telling stories, they not only lost a substantial portion of their audience, they also considerably narrowed the imaginative possibilities of their art."  Therefore, poets would do well to browse through the works of the master narrative poets to rediscover how story drives the poem.  But imitation is not our goal when we return to the masters of the narrative.  "Tradition is not . . . a library or museum the artist plunders," Gioia correctly states. "It is the endless conversation between the living and the dead."  When we engage in that conversation, our writing can only grow.

Category: Contemporary Poetry
This entry was posted on Tuesday, August 14th, 2012 at 12:00 am. Both comments and pings are currently closed.