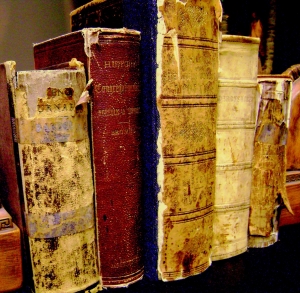 Upon completion of the judging for contest ending in December 2009, the judging panel selected yet another Grand Prize winner of the National Amateur Poetry Competition.  This time, the spotlight is on Gottardo DiGiacopo from Mahwah, NJ, whose poetic talent caught the eyes of the judges and earned a unanimous vote.  Out of approximately 11,000 submissions, DiGiacopo’s poem “Darkroom” made its way to the winner’s circle.

With an air of nostalgia, “Darkroom” encapsulates a setting that entwines the past with the present through a common theme: out with the old and in with the new.  Quiet nightly reflections, however, bring back days long expired.  While admiring his mastered technique of exhaling cigarette smoke in “world-class silvery rings,” the subject takes this hour or so and resurrects bygone days of career dreams,reckless lifestyles, and secret aspirations.  Beneath the present world, what was once a basement photo lab is now a retreat that harbors memories, dreams, and tangibles from the subject’s past.  A nightly ritual of reminiscence enhanced with a cigarette and a beer, this private time and space used to unwind is a vehicle that sends its frequenter back in time to days of “catching salamanders” and “removing hooks from the stiff lips of fish.”  The personified trio of supporting characters—the bottle opener, book of matches, and baseball glove—are more than just necessary tools.  They too are part of the vehicle; as his cohorts, they await his return each night, serve him well, and together they “hide.”  The shelves that no longer contain materials once used for developing film also exude a sentimental sadness, reminding the reader of the digital capacities of today’s world where manual tasks that once brought feelings of pride and pleasure are now completely antiquated.

However, while sentiment is certainly one of the stronger elements of this poem, DiGiacopo also employs strong descriptive language and sensory imagery, which, in illustrating a vivid scene, gives “Darkroom” profound artistic appeal.  Another poetic element important to the poem’s theme and tenor is the symbolism of light and darkness throughout, often juxtaposed and possibly connected to the significance of the “i.”
One thing our judges found perplexing was the lower-case pronoun “i” used throughout, and although several possible explanations were offered up, when asked, Gottardo provided the most profound answer of all.  “I wanted to show the loss of an earlier identity, one that was perhaps more egoic and self-involved, but which is now evolving to something more spiritual in middle-age.  Also, in Latin/Romance languages, “I” is an unimportant pronoun that is often dropped because it is explained by the verb conjugation . . . it is only capitalized if it starts a sentence.  It’s Americans and imperialists who are so attached to the mighty high I.”
A mason by trade who only started writing poetry six years ago following a local $75 writing workshop, Gottardo is no stranger to art.  Having worked with stone and cement (an art in and of itself) since the age of seventeen, DiGiacopo took a break from masonry in the 1980s to attend the Pratt Institute in New York where he earned a B.F.A in Fine Arts.  There, he concentrated on photography and mixed media installation and developed new aspirations that would later inspire his writing.  His major influence, however, is “ongoing life.”  In referring to a near-death experience he had as a boy,  a “wild teenage-altered state” in the seventies, his study of art, the family he has with his wife Stephanie of twenty years, the deaths of close loved ones (including his father just recently), and his everyday suffering from multiple sclerosis, Gottardo claims, “Life is all the fodder one needs to write.”
Like all of our past winners, Gottardo DiGiacopo is an everyday person.  And whether speaking of his writing or his life, it became quite obvious to us that he couldn’t be a more humble, unpretentious human being.  He mentions in a letter, “I do read poetry regularly . . . and I’m blown away by how remarkable a form of saturated communication it can be—and how thoroughly outclassed I am.”  In this case, however, one thing is clear—DiGiacopo did the outclassing, and we couldn’t be more pleased with our selection.  Here at Eber & Wein Publishing, we were thrilled to name him a grand prize winner, excited to feature “Darkroom” on our website for all to view, and look forward to reading more of his work in the future.

Category: Member Recognition
This entry was posted on Tuesday, May 11th, 2010 at 12:00 am. Both comments and pings are currently closed.