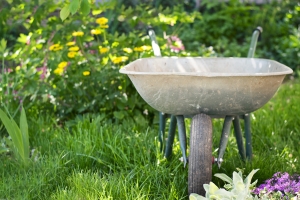 Summer is a magical time for reading—maybe because it’s vacation time, or the heat makes for the perfect excuse to sit still and get lost in a story, or it’s just an old habit repeated year after year—whatever the reason, here are top suggestions for your summer list.

The 2014 Notable Books List—an annual literary award identifying noteworthy fiction, nonfiction and poetry for adult readers—comes to us from the Reference and User Services Association (RUSA), a division of the American Library Association (ALA). The two winning titles in the poetry category are:

“Armed with his trademark wit, Ron Koertge introduces readers to Little Red Riding Hood all grown up with a fondness for salsa and chips, explores the thorny relationship of Jackie Robinson and Pee Wee Reese, spies a Trojan pony and the children it bamboozles, and offers an alternate reading to the Icarus story. He meets Walt Whitman on the set of an X-rated movie, attends his gardener’s funeral, and goes to his beloved race track.” —Red Hen Press

Hum by Jamaal May

“In May’s debut collection, poems buzz and purr like a well-oiled chassis. Grit, trial, and song thrum through tight syntax and deft prosody. From the resilient pulse of an abandoned machine to the sinuous lament of origami animals, here is the ever-changing hum that vibrates through us all, connecting one mind to the next.” —Alice James Books

The 2014 Andrew Carnegie Medal for Excellence, awarded by the ALA, went to these three titles of fiction:

“A powerful, tender story of race and identity by Chimamanda Ngozi Adichie, the award-winning author of Half of a Yellow Sun. Ifemelu and Obinze are young and in love when they depart military-ruled Nigeria for the West. Beautiful, self-assured Ifemelu heads for America, where despite her academic success, she is forced to grapple with what it means to be black for the first time. Quiet, thoughtful Obinze had hoped to join her, but with post-9/11 America closed to him, he instead plunges into a dangerous, undocumented life in London. Fifteen years later, they reunite in a newly democratic Nigeria, and reignite their passion—for each other and for their homeland.” —Anchor

Claire of the Sea Light by Edwidge Danticat

“Just as her father makes the wrenching decision to send her away for a chance at a better life, Claire Limyè Lanmè—Claire of the Sea Light—suddenly disappears. As the people of the Haitian seaside community of Ville Rose search for her, painful secrets, haunting memories, and startling truths are unearthed. In this stunning novel about intertwined lives, Edwidge Danticat crafts a tightly woven, breathtaking tapestry that explores the mysterious bonds we share—with the natural world and with one another.” —Vintage

The Goldfinch by Donna Tartt

“Theo Decker, a thirteen-year-old New Yorker, miraculously survives an accident that kills his mother [and] is taken in by the family of a wealthy friend. Bewildered by his … new home on Park Avenue, disturbed by schoolmates who don’t know how to talk to him, and tormented above all by his longing for his mother, he clings to the one thing that reminds him of her: a small, mysteriously captivating painting that ultimately draws Theo into the underworld of art. As an adult, he moves silkily between the drawing rooms of the rich and the dusty labyrinth of an antiques store where he works. He is alienated and in love—and at the center of a narrowing, ever more dangerous circle. [This] is a mesmerizing, stay-up-all-night and tell-all-your-friends triumph, an old-fashioned story of loss and obsession, survival and self-invention, and the ruthless machinations of fate.” —Little, Brown and Company

Category: Contemporary Poetry
This entry was posted on Monday, July 7th, 2014 at 12:00 am. Both comments and pings are currently closed.