The Ins and Outs of Self-Publishing 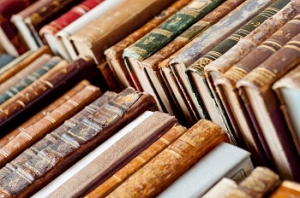 In my years as an editor, I have encountered countless authors and poets with stories to tell.  Whether teachers, parents, salesmen, mechanics or musicians, I’ve learned that writers come in all forms, and their experiences are as unique as the books they have produced.  Having been through the self-publishing process from start to finish, I recently asked our customers about their experiences with Eber & Wein, and I think their feedback might give some useful insight into the publishing process and help writers who might be on the fence decide if it’s worth investigating.

There are many reasons our customers decide to self-publish.  For some like Roy Smith and Harry Russell, having copyright protection for their work was key.  Many have a lifelong dream of seeing their work in print and see self-publishing as a logical way to organize a lifetime’s worth of writing.  Romantics like Al Hamilton and Thomas Dutcher had thoughtful gifts for their wives in mind, while Jean White and Anita Moore wanted to have a lasting legacy to share with family and friends, something to be remembered by long after they are gone.

Some authors like Lonnie Bailey have experienced a sense of “instant gratification” from self-publishing, a sentiment universal to many authors.  Joaquin Melendez expressed a similar thought, saying, “I wanted to satisfy my ego and to see my name as a published author.  I had never thought about selling my book.  My main motive was primarily to satisfy a wish.”  Stan Ohlswager also wasn’t overly concerned with profiting from his poetry.  He said he only charges enough to cover the printing of the book, since his motives in publishing were purely artistic.

Although most self-published authors are of the same opinion, some hope that book sales will also be a part of their publishing experience.  Perhaps the number one complaint of self-published authors is that they had no idea how difficult it would be to sell their books.  Simply publishing your work in no way guarantees commercial success, and the retail world can be harsh for any author who is not established in the public eye.  Getting your book on store shelves is no small task, especially in retail chains like Barnes and Noble, making it highly unlikely to sell a self-published book on a national scale.  Without a distributor or marketer, the stores don’t see profit potential, and this can lead to a paradoxical situation for writers.

For self-publishing companies, money is made upfront when authors pay them to do the typesetting, layout, printing, and editing of their work.  At the end of the process, authors are free to sell copies, retaining any profit they make, as the publisher has already been compensated for services rendered.  Ultimately, the self-publisher’s main concern is making sure that an author is happy with his product, not ensuring that his book is a New York Times bestseller.

On the other hand, a traditional publisher assumes the cost for the typesetting, layout, editing, printing and distribution of a work, but is not compensated until after the book sells.  As a result, the publisher is much more invested in what happens to the book after it is printed.  And because the publisher assumes all the risk, it also reaps the majority of a book’s success.  The further result, as most self-published authors can attest, is that publishing through traditional means is virtually impossible, even for the most talented of writers.  No matter how impeccably written a poetry book or novel might be, a traditional publisher’s job is to establish which manuscripts have commercial appeal.  Some authors wait up to a year for feedback on their unsolicited manuscripts, mostly because publishers receive a thousand or more texts in a month.  Even if a traditional publisher is interested in a particular work, there is a good chance changes will be made in order to produce a marketable result.  Herein lies the rub.  If you self-publish your work, you maintain creative control, but are most likely not going to gain widespread commercial success.  Traditional publishing may offer more selling opportunity but is far and away the more difficult of the two industries to tackle.  It’s a publishing Catch-22.

This doesn’t mean all is lost for self-published authors, even those who wish to sell their work.  There are plenty of self-published writers who’ve been able to successfully market and sell their books, albeit on a local scale.  Joyce Keedy was an organist for a church in Maryland for over twenty years before she published a book of songs and poems of worship.  Although simply publishing was her primary goal, she was surprised to learn how many members of her church community were supportive of her art and eager to purchase a copy.  She sold nearly 100 copies of her first book before embarking on a second.

Juanita Austin also discovered enthusiastic supporters of her book right in her church group.   She’s sold several copies, even though her original goal was to give a Christmas gift to her children.  What began as a legacy to family blossomed into a volume she’s shared at club meetings, sorority functions, and church programs. One secret to selling locally lies in having a group to which you can market. A social network, religious organization, or perhaps a community association can offer a willing audience for its fellow members.

Stephen Baldridge-Louck was able to get his book on some local stores’ shelves and said it has already sold out.  The upside of local bookstores is that they are privately owned and have full control over what they sell.  Some small bookstores even have a shelf for local authors.  The other advantage of the neighborhood bookstore is that they might host poetry readings or other informal events where you could promote your work.  Baldridge-Louck says he is planning to do a workshop and reading in January, another event that will hopefully boost sales.

A portion of our self-published authors opt to sell their books online, which is another possible retail venue.  The caveat, however, to online retailing is its similarity to traditional publishing in that the author does not make a large percentage of the sale.  Because online companies like Amazon take over half the selling price, there is usually only 10-12% profit left for the author after the printer and publisher have been paid.  One of the other most important factors of online sales is letting people know your book is available there.  The books don’t just sell themselves, and in the world of expanding ecommerce, it’s easy for online books and products to go unnoticed unless people are alerted to their availability.  Fritz Zipfel spread the word to family and friends about his self-published book being available on Amazon.com, and he sold forty copies within the first months of its availability.

Although it’s a nice addition to the publishing experience, selling books is usually not the paramount concern of our self-published authors.  Rather, the most daunting task rests in putting together a manuscript and editing a proof.  Many authors have been writing for decades before putting a book together, having more material than necessary.  Clio Gerbes could definitely relate.  She felt it was difficult trying to decide which poems should go into her volume of poetry when she had so many.  Sometimes the process of pairing down a lifetime of work is the longest, most arduous task involved.  As an artist, Gerbes had the added pressure of narrowing down which sketches she wanted to include to further personalize her work.

Once the book is laid out, the editing phase is critical.  Some authors want professional assistance to ensure there are no spelling or grammatical mistakes in their texts, but many opt to save cash and edit themselves.  Those who edit their own books tend to have the best outcome when they let a trusted friend or family member with a background in English review their work.  Juanita Austin did just that when she asked a few friends to review her proof.  Because they were retired college English professors, she felt confident their expertise would catch anything she missed.  No matter how skilled you are in writing, it is easy to miss minor typos in your own book.  Even professional editors welcome a second set of eyes to look over their books and articles before they go to print, and I don’t know any self-published author who ever regretted taking extra time or effort with his or her book to ensure a competently-written, professionally presented final product.

No matter how a text is submitted or in what form it is written, whether an author hopes to sell it or give it away, I’ve noticed one thing all our authors have in common: the desire to be heard.  For some, that craving is fulfilled by giving away a handful of books to family and friends.  For others, the goal is fulfilled by reaching a greater community.  Either way, I think my favorite thing about being an editor is helping to bring that dream to fruition.  There is something special about seeing a manuscript in its infancy, just a stack of papers lovingly written and carefully selected.  In a matter of weeks it can transform into a book—a professionally bound volume, ready to be placed into eager hands and cherished for years to come.  Self-publishing isn’t for everyone.  It’s an expense that not everyone can afford.  But if writing is your passion, if publishing is your dream, it is possible, and it might be a more attainable goal than you ever realized.

Category: Improving Your Poetry
This entry was posted on Saturday, May 21st, 2011 at 12:00 am. Both comments and pings are currently closed.